The actual sales performance of major global automakers from January to June 2014 has been fully announced. According to "Nikkei Business News" reported on August 1, Toyota Motor Group's sales exceeded 5 million units for the first time in the first half of the year, ranking first in three consecutive years. German Volkswagen surpassed US General Motors (GM) for the first time. The annual sales volume of around 10 million vehicles is expected to become increasingly fierce among the â€œnew top threeâ€ in the global automotive industry.
According to figures released by Toyota, including Dafa Industrial and Hino Motors within the group, global sales increased by 3.8% year-on-year to 5.09 million. The second-ranked Volkswagen grew 5.9% year-on-year to 4.97 million units (excluding some commercial vehicles), while GM grew 1.4% year-on-year to 4.92 million units.
The 4th Renault-Nissan Alliance sold 4.27 million units, which formed a certain gap with the top three. GM, Ford and Toyota have been hailed as the top three in the automotive industry, but today they form the â€œnew top threeâ€ pattern of Toyota, Volkswagen and GM.
A notable feature of the first half of the year was that the top three sales gaps were significantly smaller than before. Volkswagen, which is trying to catch up with Toyota, plans to invest 18.2 billion euros in joint ventures in China, the largest auto market, from 2014 to 2018. It is hoped that the local production capacity in China will be increased to 4 million units to achieve sales growth.
On the one hand, Toyota has learned from the fact that it was too focused on expanding the scale before the Lehman crisis, which led to a loss. The management policy was changed to â€œquality-oriented growthâ€ (President Toyoda Akio), so it is planned to start from 2013. No new factories will be added within 3 years. Affected by this, after 2015, Toyota is likely to give the world the number one throne in sales.
The new top three will focus their future strategies on emerging economies, but they also face their own problems. Volkswagen sees China as the most important market. In the first half of this year, it sold 1.81 million units in China, equivalent to nearly 40% of the entire group's sales. On the other hand, 90% of sales in the entire Asia-Pacific region as a growth market are in a state of dependence on China, which has become one of the weaknesses of the public.
Toyota has an advantage in Southeast Asia. Thailand and Indonesia, which have the highest market share, sold 370,000 units, and China combined to boost sales in Asia to 1.12 million units. However, in the first half of the year, its sales in China were only 470,000 units, lagging behind Volkswagen and General Motors.
GM is also seeing China as the largest sales market. Sales in China from January to June increased by 10.5% year-on-year to 1.73 million units. However, in Brazil, which is its third largest seller, sales have decreased by 8.6% year-on-year, and sales in emerging economies other than China and South America have also decreased by 3.7% year-on-year. Accelerating sales growth in these regions has become a top priority. .
In January, Toyota announced plans to sell 10.32 million vehicles for the whole year. Volkswagen said in March that it would target more than 10 million vehicles. The competition for â€œten million clubsâ€ is becoming increasingly fierce, but the market strategy and effective product investment of emerging economies will be the key to success.


The characteristics of the body attachment itself determine its dependence on the vehicle, but its independence determines its importance. The performance and quality of the body accessories have a direct impact on the safety and comfort of the passengers, the aesthetics of the Car Body and the service life of the vehicle. 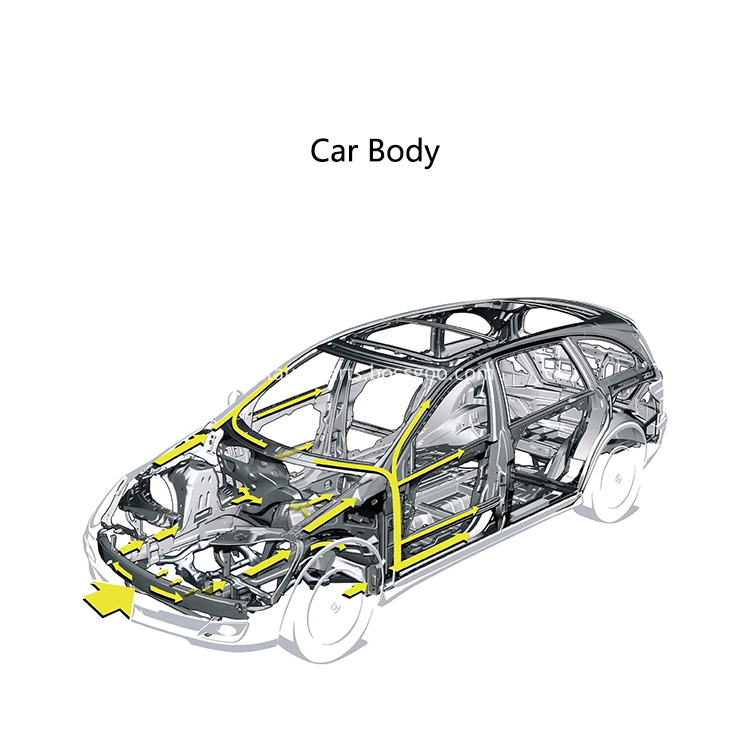