After experiencing explosive growth in the first quarter of this year, the lighting industry began to enter the off-season in the middle of the second quarter, and orders went down sharply, which led to an inventory concern that the product stopped at the provincial level and could not quickly penetrate the distribution terminal. After the past two years of rushing channels, this year's circulation product pattern has emerged. Unlike the previous traditional lighting channels occupying a single-ended advantage, traditional lighting companies and LED new brands have formed a stalemate.

On the one hand, LED new brands such as Mulinsen and Kesi Baili quickly seized the original traditional channel resources. On the other hand, the old companies such as Sunshine Group, Sanxiong Aurora and Luyuan Group also sorted out the original dealers and worked hard to develop the new generation. Enhance regional sales capabilities and increase terminal coverage. Guo Yunping, chief planner of the Eagle Geese team, analyzed.
As the most widely distributed and quasi-listed brands such as Foshan Lighting and Op Lighting, on the one hand, the cramming type will greatly improve the annual sales task, and the series of new LED products will be forced to provincial and regional agents, and even related products. For example, building electrical, electrical and electrical materials, etc. are hard-plugged into the channel; on the other hand, relying on the strong influence of their own brands, the agency is banned from the original cooperative merchants and some competitors' LED products.
In 2013, China Good Product Tour and China Merchants Conference forced the product to be channeled into the channel. This is because it ignores the digestive power of the distribution network. It is easy to directly cause siltation and cannot last. The ban is always a policy downstream countermeasure. It is difficult. Fundamentally increase business loyalty. A Zhengzhou Opal distributor in Henan did not agree with the above two practices.
When LEDs are emerging in lighting terminals, many traditional lighting companies are still more leisurely. They think that LEDs will not replace traditional lighting products too fast. Secondly, even if LEDs strike, they will gather the channel resources accumulated over the years. The advantage is not comparable to LED companies. But when LEDs quickly swept the lighting market, especially in the past 2013, more and more traditional lighting companies have realized that there is no room for development without the rapid transition to LEDs, and the original traditional dealers are facing light. When the LED light source with electromechanical characteristics and products and technology is rapidly updated, the advantages have been insufficient, and it is even difficult to adapt. A channel innovation war has been fully opened.
The reporter visited the market and found that there are many second- and third-line LED brands such as Keshi Baili and Youyicheng in the traditional lighting stores such as NVC Lighting, Op Lighting, and Foshan Lighting.
Faced with the embarrassment of LED lighting companies, traditional lighting companies want to sit back and ignore the fact that it is impossible to remain calm. The battle for channel looting between the two forces is undercurrent, showing that the mountains and rains are coming from the wind. situation.
Anhui Baxing Electric is currently the operation center of traditional brands such as Midea Lighting and Foshan Lighting, and is also the regional general agent of LED brands such as Mulinsen Lighting. Its chairman Wang Shizhen said that the biggest advantage of traditional lighting transformation LED is the accumulation of terminal brand awareness. It is the designated brand of the project purchaser, which is generally dominated by traditional big names, because LED big names have not yet appeared. However, if it is open bidding, or distribution, it is generally a professional LED brand is easy to win, after all, the program is professional, the product has cost performance, support more.
The advantages of traditional lighting transformation LED enterprises are mainly reflected in the following three aspects: 1. Brand qualification. That is to say, brand awareness. After all, traditional veteran companies have been working hard in the channel for many years, and the sales outlets are relatively sound, and the number is often thousands. Some brands are designated partners in the minds of distributors and engineering companies. 2, skilled. The marketing policies of traditional lighting companies have been matured after years of tempering, close to the market demand, and the image of monopoly is also deeply rooted in the hearts of the people. 3. Quality assurance. The traditional veteran enterprises have guaranteed the quality of their products, the marketing team is relatively large, and the after-sales service is relatively perfect.

About the prossce of the Car Valve Seat 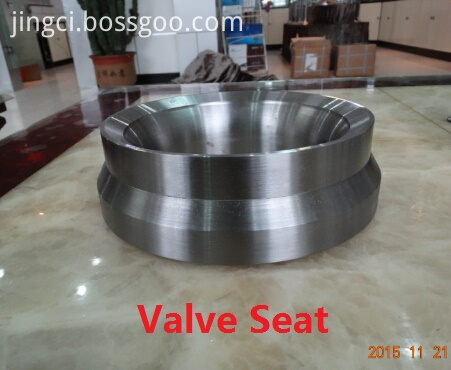 The function of the valve seat is 1. connecting the inlet and outlet pipes of the valve; 2. forming a valve chamber to complete the guiding of the fluid in the valve;