It is well known that there were no professional flat-panel transport vehicles more than a decade ago, mainly the explosive development of construction machinery, which was the last ten years. In the past, large-scale mechanical operations were often limited to a relatively small range, management was not standardized, and randomness was relatively large. At that time, the construction machinery was either wheeled or crawler-type, and short-distance mobile transport was often carried out directly. A little further away, use scrap cars (mainly Dongfeng 145/153, etc., some small direct use of Dolly card and other light trucks, as well as self-modified diesel three-wheel flat transport truck) self-installed beams, tail A small slope can basically meet the needs of use. 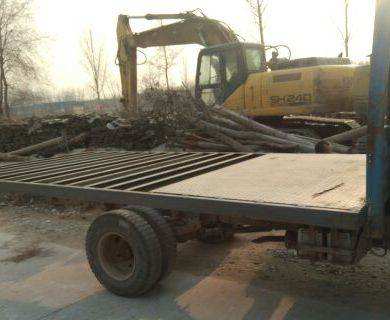 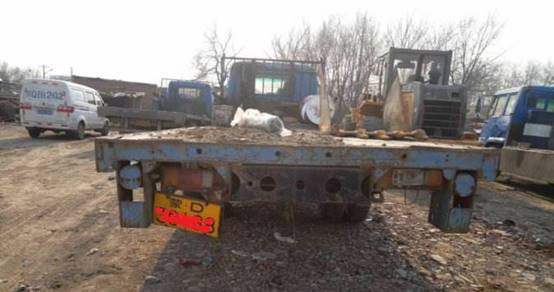 A flat-panel transporter with a modified truck. You can see the folded legs on the left and right sides of the tail. 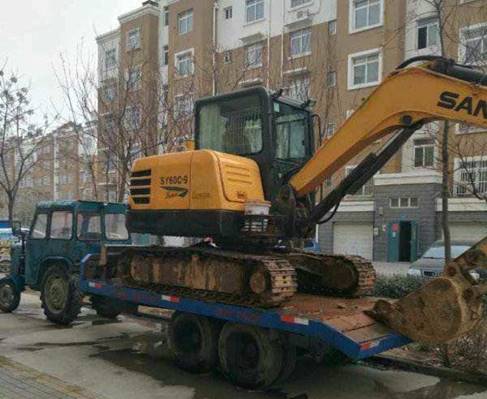 Tractor-type flatbed truck. Note that the trailer that is towed is a double axle. 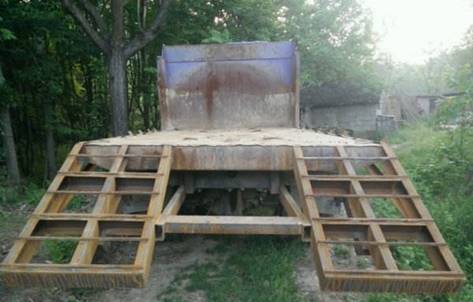 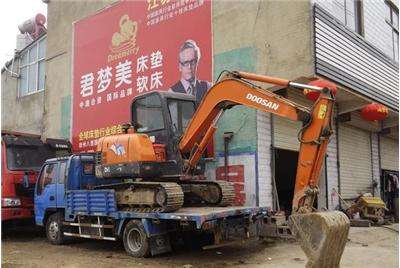 With the traffic police, road administration, transportation administration and other administrative departments on the management of vehicles, drivers and transportation environment more and more strict, scrapped cars have been used for too long because of their unlicensed and unlicensed, the vehicle is in poor condition and is in disrepair, and the safety hazard is extremely great. Therefore, the lowest-cost flat-panel transport trucks were the first to be eliminated. However, light trucks and medium-karat heavy machinery are still commonplace. Some of the more forward-looking users began to look for legitimate flat-panel transporters, when regular private flat-panel transporters sprung up. Around 2013, Dongfeng launched the Dongfeng Jinka flatbed transporter, which is equipped with 95 horsepower in the cloud or 115 horsepower in the cloud. It is equipped with Dongfeng 5-speed or small eight-speed gearbox. The rated quality is more than 6 tons and the total mass is 8.75 tons. Very good to meet the needs of small digging users. At that time, it was mainly the product of the second set of Guosan of the country. The price of the whole vehicle was more than 70,000 yuan. It was a good price and low price. Later, the official national three EGR engine was launched. The Dongfeng Jinka flatbed truck is the best in the market, and the sales volume is very large. Now there are many Dongfeng Jinka flatbed trucks on the market. 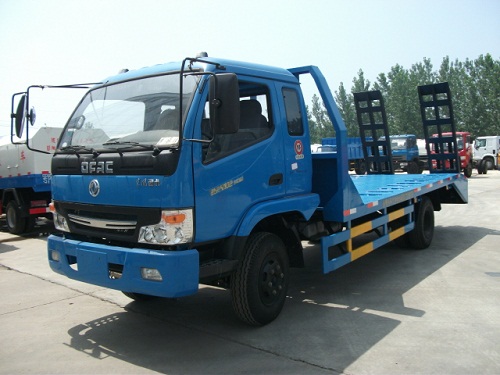 At the same time, various flat-panel transport vehicles began to emerge, such as FAW Jiefang Junwei, Qingdao Liberation Dragon, etc. are all better models sold. The traditional Dongfeng 145/153 and Chufeng are popular because of the optional configuration.

But there is also a problem, that is, many excavator users did not consider the need to buy a regular truck pull excavator, many users only have a C1 driver's license. Now the management is strict, the problem of the car is solved, the problem of the driver's license is not solved, and it is equal to the driver. At this time, many users began to ask whether there is a blue-label flatbed truck, and whether there is a flatbed truck that can be driven by a C1 driver's license. Because the requirement of the blue brand car is that the length of the whole vehicle does not exceed 6 meters, the rated quality does not exceed 1.5 tons, and the total mass does not exceed 4.5 tons. The conventional small flat transport trucks are close to 4 tons in weight, some even close to 5 tons, and the smallest forklifts or excavators weigh more than 1.5 tons, so they are asked much more. The flat-panel transporter's policy is based on the blue-branded car policy. It is theoretically impossible for the user to have a blue-label flatbed transporter. Because it is impossible to meet the requirements of the blue-brand car from its own weight and rated quality, or if it is made according to the requirements of the blue-brand car, the empty car will be overloaded and overweight during the actual use. 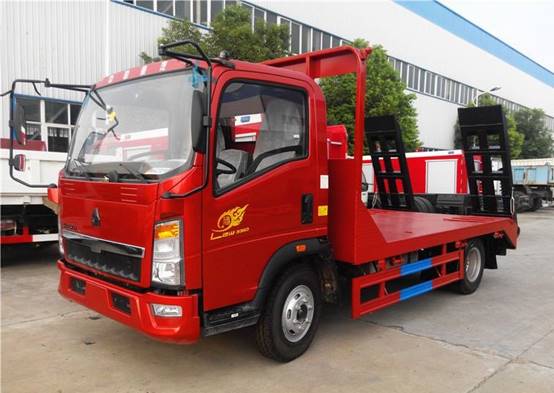 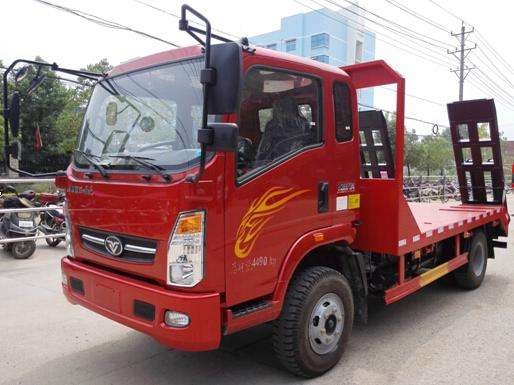 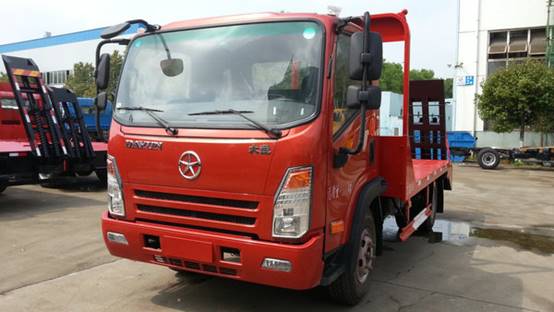 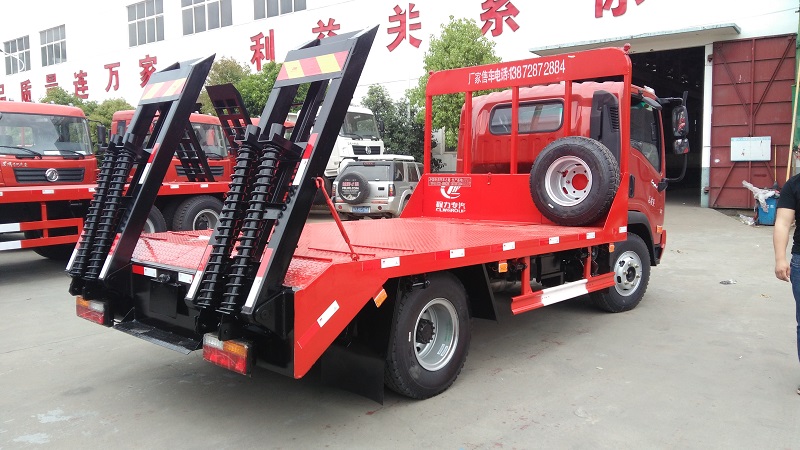 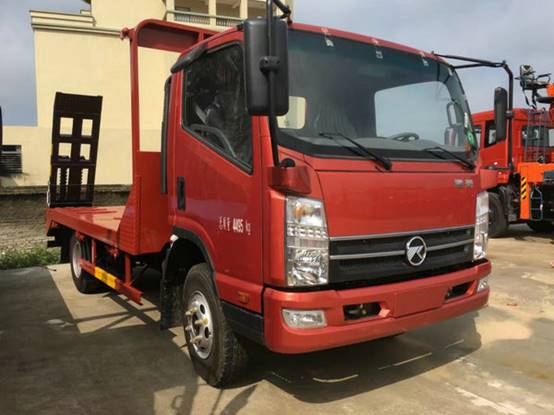 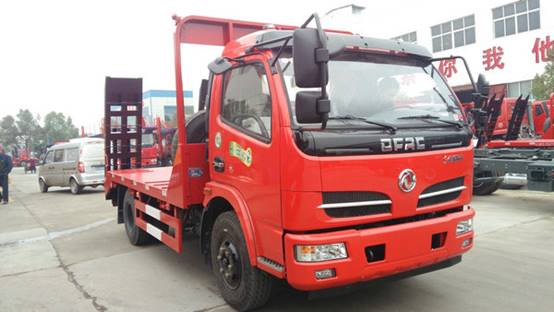 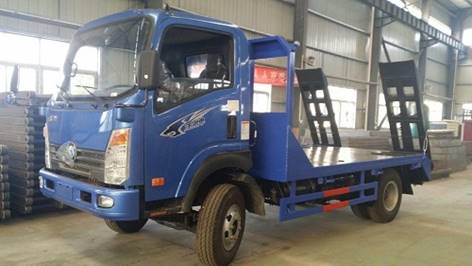 At present, the double-row car has been banned, and the overload and over-limit are more and more strict, and the enforcement of the blue-brand car will become stricter. The blue-brand flatbed truck has satisfactorily met the needs of some small excavator users in recent years, but after all, it is obvious overload transportation. It can be said that as long as a loading is on the road, it is already illegal, and even some empty vehicles are already overweight. The trend that can be seen is that as management becomes more stringent, the roads of the blue-label flat-panel transport vehicles are expected to become narrower and narrower. It is best for all excavator users to make long-term plans ahead of time, plan ahead and upgrade the B2 driver's license in advance to cope with possible management policies in the future.