There are many reasons for the vibration of the generator rotor. There are mechanical factors such as rotor mass imbalance rotor misalignment and resonance, and wire, short-circuit cooling system blockage line, expansion resistance of the collector ring and shaft friction caused by rotor thermal imbalance. And oil film whirl or oil film oscillation can also cause vibration. The former is caused by stable vibration, while the latter often causes the generator to produce sudden or unstable vibration during operation, which is more harmful. This paper will focus on the vibration characteristics and diagnostic methods of the cause mechanism of the sudden vibration of the generator rotor, and give examples of vibration analysis and processing of three sites to illustrate.

1.1 Oil film whirl and oil film oscillation instability Oil film whirl is the main reason for the occurrence of subsynchronous unstable vibration of ordinary lubricating bearings. Oil film lubrication is the vibration excited by the oil film force. At this time, the change of normal operating conditions, such as the inclination angle and the eccentricity rate, causes the oil wedge to move in the bearing, so that there is sufficient damping in the direction of rotation, then the shaft returns to its In the normal position, it becomes stable; otherwise, the rotor will continue to move and a large unstable vibration will appear. The unstable eddy of the oil film is caused by excessive bearing wear or clearance, improper bearing design, changes in lubricating oil parameters and other factors. According to the vibration spectrum, it is easy to identify the eddy instability of the oil film. The vibration frequency when it appears is 4048 of the synchronous vibration frequency, which is close to the half of the rotational frequency. It is also often called the oil film half-speed whirl.

Because the step critical speed of the generator rotor is higher than that of the turbine rotor oil film or the oil film oscillates. The early domestic 200 PCT and 3001 twin units were designed with a small bearing stability margin, which caused the generator rotors of some units to have oil film oscillation failure under over-speed and load-bearing operating conditions, and then adopted measures such as replacing bearings. Solved the oil film oscillation of this type of unit. However, in recent years, there have been some sudden occurrences of oil film eddy instability in the generator rotor of some units, especially those of medium and small capacity units 100, Jia. Under operating conditions, it is susceptible to changes in the temperature of the oil supply due to the alignment of the shaft.

1.2.1 Asymmetric asymmetric cooling of the rotor cooling system refers to the clogging of the cooling system resulting in uneven cooling. At this time, the rotor has a temperature asymmetry in the radial direction, and the radial temperature difference causes the rotor to bend. The ventilation caused by the misalignment of the faulty strip in the hydrogen internal cooling generator is not smooth. The cause of this failure in a water-cooled generator is that a foreign matter enters the cooling water conduit causing a partial water blockage or a gas entering the cooling water system causing a cooling water channel plug.

The thermal unbalance vibration caused by the uneven cooling of the rotor is often related to the temperature and temperature of the cooled hydrogen. The higher the temperature, the smaller the vibration. The vibration also has the following characteristics: rapid load reduction, disengagement, and braking. The vibration value at the critical speed of the generator rotor is greatly enlarged compared with the corresponding value at the start, and the large shaft sway value measured immediately after the shutdown is also higher than that before the start. Increase a lot.

The sudden vibration caused by uneven heating is related to the magnitude of the excitation current. The larger the current, the greater the amount of thermal bending of the rotor and the greater the amplitude of the vibration reflected. The thermal unbalanced vibration caused by the uneven cooling of the rotor, the thermal bending of the rotor caused by the fault such as short circuit makes the vibration of the generator rotor passing the critical speed during the shutdown process significantly increase compared with the corresponding value at the start, and the sway of the brake is also increased. Significantly increased.

1.2.3 Internal friction generated by uneven thermal expansion of the rotor coil During the rotation, the rotor component is pressed by the centrifugal force. Due to the different material temperatures of the various components, the expansion coefficient is also different, there is a relative expansion tendency, and the contact surface exhibits friction. If the friction is asymmetric, the rotor will withstand an eccentric axial force, creating a bending moment that bends the rotor. Di often produces this frictional effect between the end coil and the inner surface of the grommet between the coil and the slot die. For example, when the coil is heated and the expansion is blocked, an asymmetrical axial force is generated. In addition, the excitation wire, the thermal elongation of the end portion is hindered by the end block, causing a slight displacement in the circumferential direction, and the balance is destroyed. Generally, the vibration generated by the frictional force has a certain suddenness. In addition, the thermal unbalance vibration caused by the internal friction has the following characteristics: 1 and the thermal imbalance caused by other causes, and the vibration also increases as the excitation current increases. The difference is that even if the excitation current is reduced, the vibration will not recover and will often remain at a high level. 2 When the vibration is at a high position, if the speed is reduced by several hundred turns, and then raised to the rated speed, it is possible to return to the original cold level.

The sudden vibration group caused by the oil film half-speed vortex of the 6-inch unit and the vibration characteristics of the unit are the Nanjing Steam Turbine Works, which was delivered in the month of 1995.

During the commissioning of the unit from December 1996 to January 1997, when the load was heavy, the front bearing of the No. 3 bearing generator showed sudden vibration. When the generator parameter is 5.5 station Jia 3.50, the vibration value of No. 3 bearing is 40! The left and right suddenly increased to about 70, and the other three bearing vibrations of the shafting system also have a sudden increase, but the amplitude is relatively small. From the vibration spectrum analysis, the sudden vibration is mainly based on the half frequency 25, 2, the vertical and horizontal vibration half frequency components of the No. 3 bearing are 25, respectively, and 40 accounts for 42 and 81 of the frequency vibration. In addition, when sudden vibration occurs, in addition to the half-frequency component, there are some harmonic components of 1.5 times 2 times frequency. The sudden vibration lasted about 30, when the active power fell to 2.8, the evaluation, the reactive power fell to 1.5, and disappeared when people.

In view of the actual measurement situation of the No. 3 bearing installation, it is proposed to raise the bearing elevation to reduce the gap between the top clearance and the two sides, and re-find the wheel. The final adjustment result is the No. 3 bearing lower pad height 100 south side pad 50, the No. 3 bearing mid-face demolition pad 1004 bearing bottom bottom pad height 1001. Finally measuring the No. 3 bearing lower tile side clearance 250, the top clearance 180, After the top of the upper tile is tightened, the unit can be operated with a large load and successfully completed the 72 test run. During this period, the unit had been subjected to over-rated active power and 4.8-in reactive operation, and no sudden vibration occurred. The vibration of the unit is stable after heavy load operation, and the maximum vibration of No. 3 bearing near rated working condition is about 301. The vibration of all other bearings in all directions is caused by dynamic short-circuit between 2.2 sets of 100-unit West Unit generators. 2.2.1 Unit Overview and Vibration Characteristics The unit is a 100-Jiao steam turbine generator set produced by Beijing Heavy-duty Motor Factory. The unit was put into production in 1978. During the overhaul in September and September 1997, the Beihe Plant implemented a through-flow partial transformation of its turbine high and low pressure rotors, and replaced all cooling water pipes and stator coils of the dual water internal cooling generator rotors.

For the above analysis, it was decided to take out the generator rotor for comprehensive overhaul. After multiple electrical tests in the electric field, the magnetic pole line corresponding to the short lead of the collector ring is in the side of the excitation end, and the row of the second package is located at the intersection of the large coil and the small coil, and the short circuit point is found. There are 2,81 burn marks between the coils, the insulation is carbonized, and the copper wire at the large coil scale is partially melted. The reason for the analysis is that the insulating plate under the retaining ring fails to be placed according to the paper requirements. When the positioning pin and the hot retaining ring are not hit, the insulating plate moves to cause a serious climbing phenomenon, so that the tightening force of the retaining ring and the stress state of the coil change. . The small coil is in a loose state, while the large coil has a large tightening force, and the generator is heated to cause a dynamic turn-to-turn short circuit.

Due to the tight load, the unit operated straight from October 1998 to February 1999, but basically maintained a low reactive load. In the maintenance of March 1999, the rotor of the generator was taken out, and the inspection of the protective ring was found. The end coil and the end of the steam end had extrusion marks, and the insulating tile also had a fixed indentation. The running end line generates a certain axial displacement to both ends, causing the end line to be able to reduce the expansion gap to both ends, causing the generator rotor to be in a hot state, the expansion is blocked, and a large thermal imbalance occurs. . Subsequently, the axial gap is expanded. After the unit was overhauled, it was started on April, 1999. After a large load, the shaft and vibration of the two bearings of the generator were stable, and no sudden vibration occurred.

The word is 16 hardcover, about 1000 page numbers, each price is 280 yuan with postage. Please contact us if you need.

The Engine Parts cover all the brand engine parts in China. Our main product cover: WEICHAI/FAWDE/SDEC/DEUTZ/YUCHAI/CUMMINS/QUANCHAI/PERKINS/CHANGCHAI and also some gearbox brand like QIJIANG/FAST/QJGT/ZF. We can provide you the realiable quality and best price truck parts to maintance your after market service. Our main product: 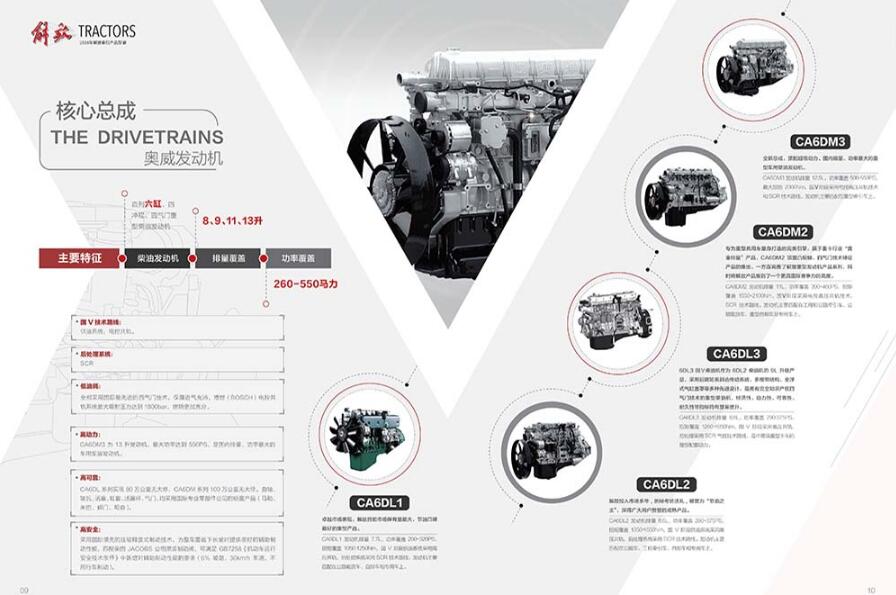 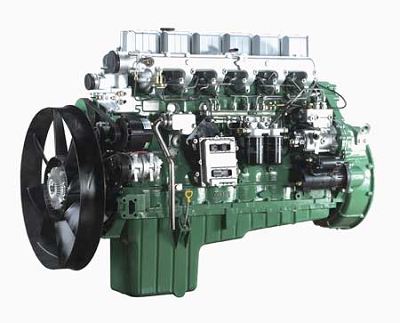 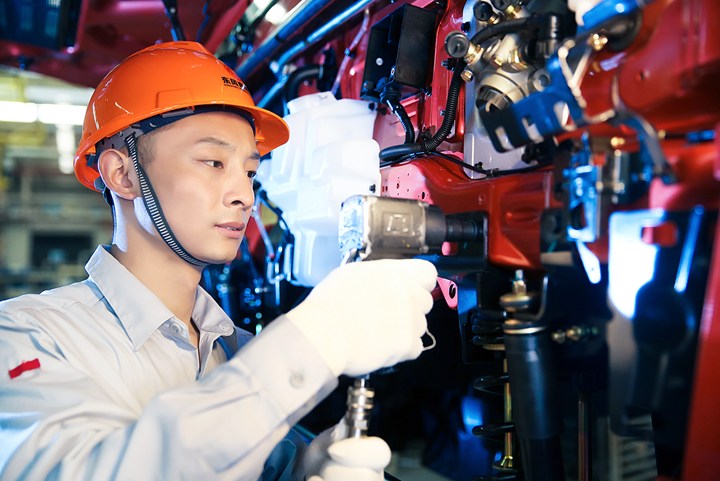